We are not just another music service.

We are changing the tune completely.

TREBEL was launched at the end of 2018 with a mission to create an exceptional music experience for millions of people around the world. Users have quickly adopted our service, confirming our belief that various socioeconomic factors (such as income, access to a credit card, the cost of data connectivity, etc.) make subscription services inaccessible to most people around the world.

Today, almost 90% of the 6.5 billion smartphone users around the world do not pay for the music they consume. As this number grows, we believe the next big opportunity within the music industry will come from improving the experience and monetization of these billions of music users.

At TREBEL, we've partnered with the biggest global advertisers and international music and media companies to create the first legal and licensed service that offers music without the need for an internet connection, all thanks to the sponsorship of the brands. 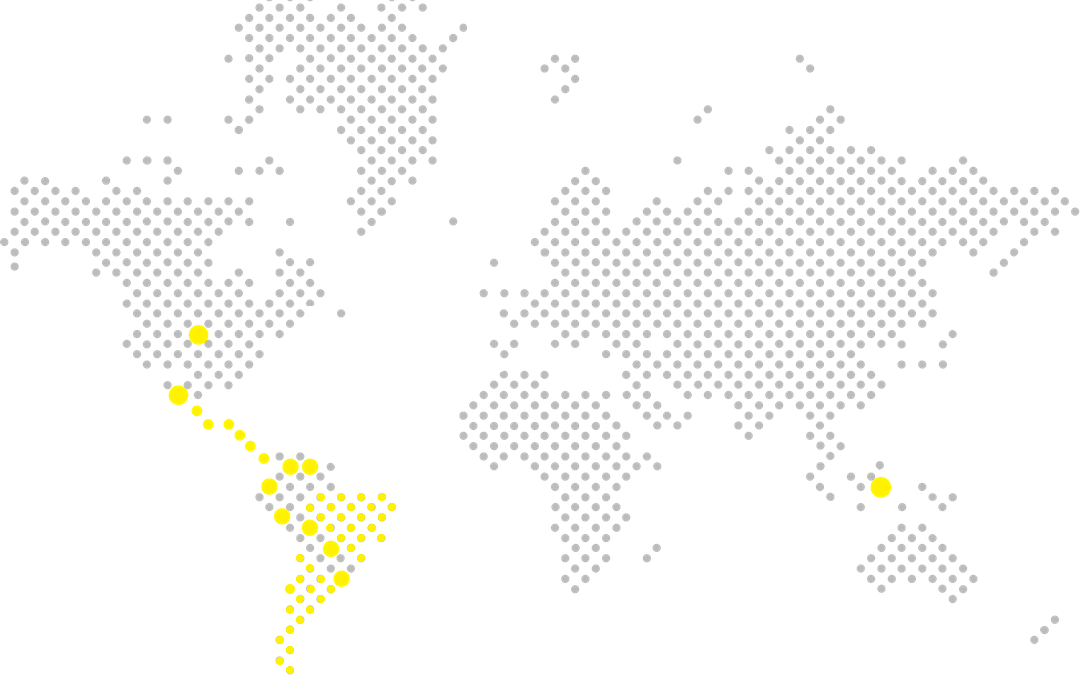 We brought together industry experts, technologists, and entrepreneurs to build a company that is solving one of the music industry's biggest problems. 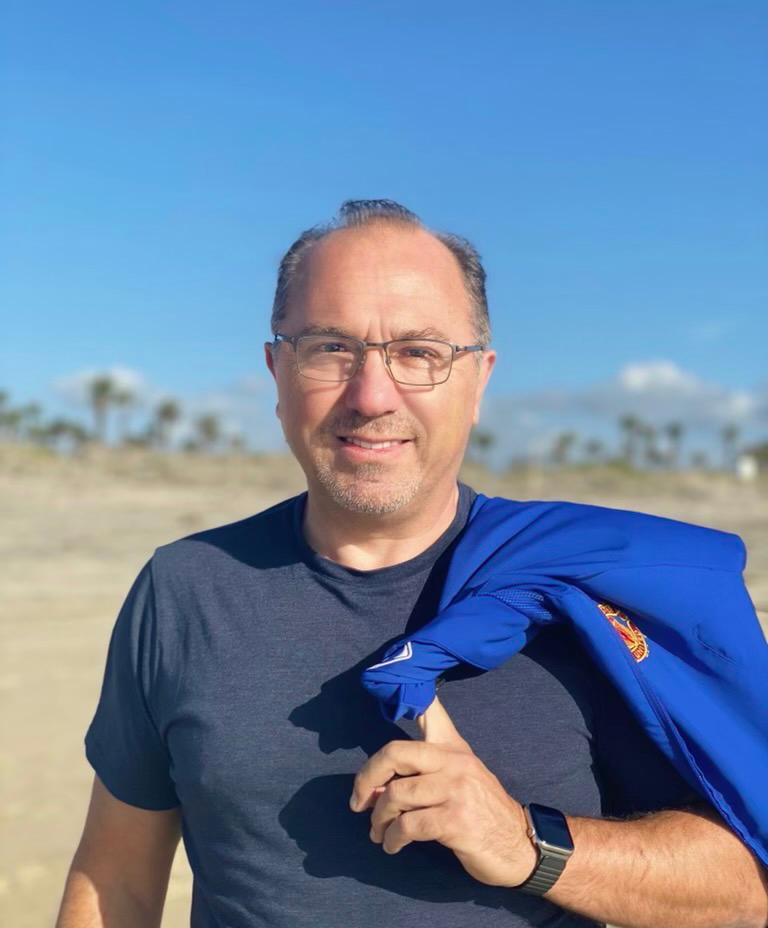 Gary Mekikian is the CEO and co-founder of TREBEL. He is a serial tech entrepreneur with over 25 years of experience as a co-founder and executive of several companies.

Prior to TREBEL, Gary co-founded and served as CEO of GATeIC, a semiconductor IP company that developed algorithms for digital signal processing. Before GateIC, Gary co-founded and served as CEO and Chairman of answerFriend (which became InQuira), a natural language processing company that was acquired by Oracle. Prior to answerFriend, Gary was on the founding team at i-Cube, a provider of electronic business transformation services, where he served as Head of Sales.  i-Cube subsequently went public and was acquired by Razorfish in 1999.

Gary earned his MS degree from Stanford University’s Graduate School of Business. He also holds a BS in Electrical Engineering from the University of Southern California’s School of Engineering. 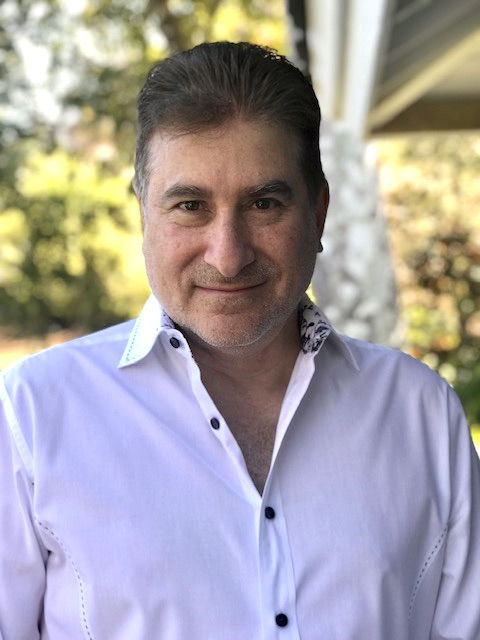 Vinnie Freda recently joined TREBEL as President, overseeing company operations, and music industry relations.  He is a three-decade veteran of the global music industry, having worked in nearly all aspects of the business, including record labels, major and indie distribution, publishing, and corporate operations.

Vinnie worked for 25 years at Universal Music Group, rising to the level of EVP and helping it become the world's largest music company.  He then joined INgrooves, a digital music pioneer, as its Chief Operating Officer. Most recently, he spent over half a decade in the C-suite of Warner Music Group as Chief Data Officer, where he was responsible for developing and executing a comprehensive vision and strategy for data management throughout the company, championing the use of data to provide useful insight.

He holds a BS degree in Chemical Engineering from Stanford University, where he was student body president, and earned an MBA from Stanford GSB. 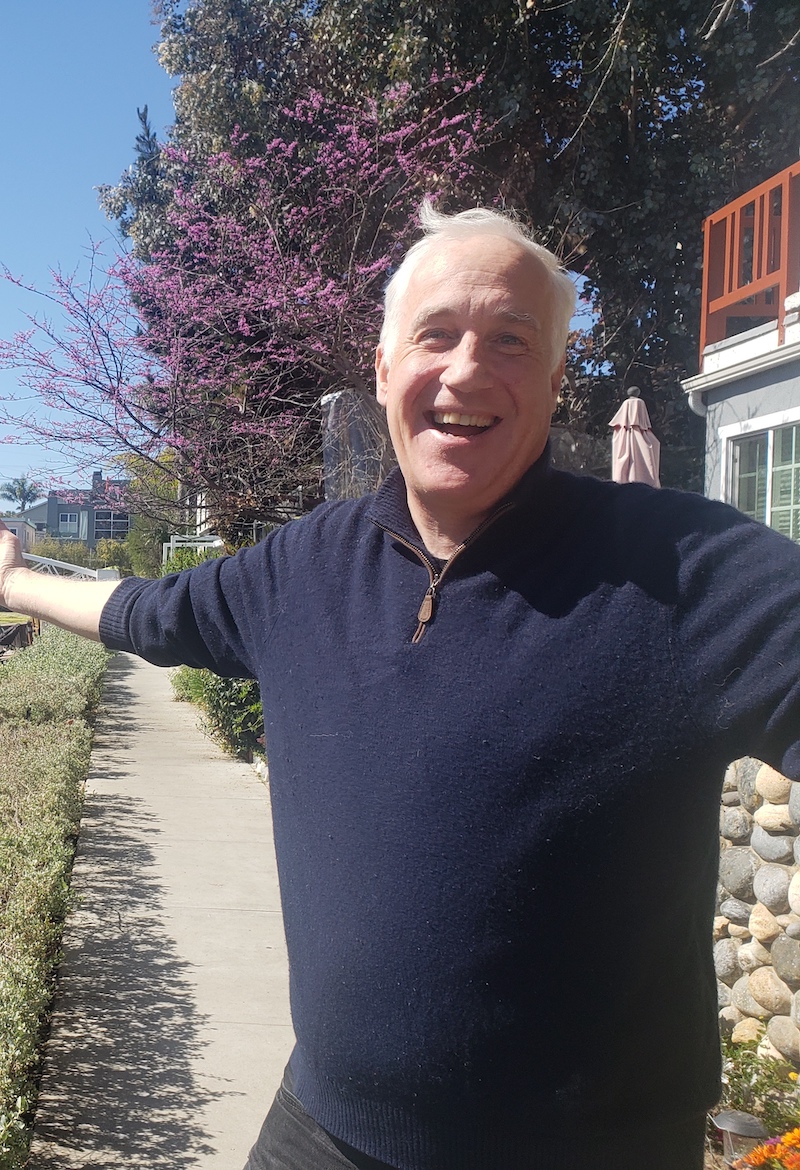 Robert (Bob) Vanech is the Chief Financial Officer and Chief Revenue Officer of TREBEL. He has over 25 years of experience as a co-founder, executive and board member of numerous companies in the technology, media and telecom sectors.

Prior to TREBEL, Bob served as the Chairman and founding CFO of Zealot Networks, a multi-platform media distributor for content creators. At Zealot, he led the company’s $100 million fundraising effort and the acquisition of 17 digital media properties, including 4 digital music companies and 6 ad monetization companies. Before Zealot, he was the CEO and co-founder at CADFORCE, a global architecture and engineering technology services firm. Prior to CADFORCE, he served as President and Director of Eureka Broadband Corporation, a telecom infrastructure and services company he founded that sold to Broadview Networks.

Bob has been recognized as a nationally-ranked professional Scrabble player. He earned his BS degree in Finance from the Carroll School of Management at Boston College, and lives in Venice, CA with his wife and children. 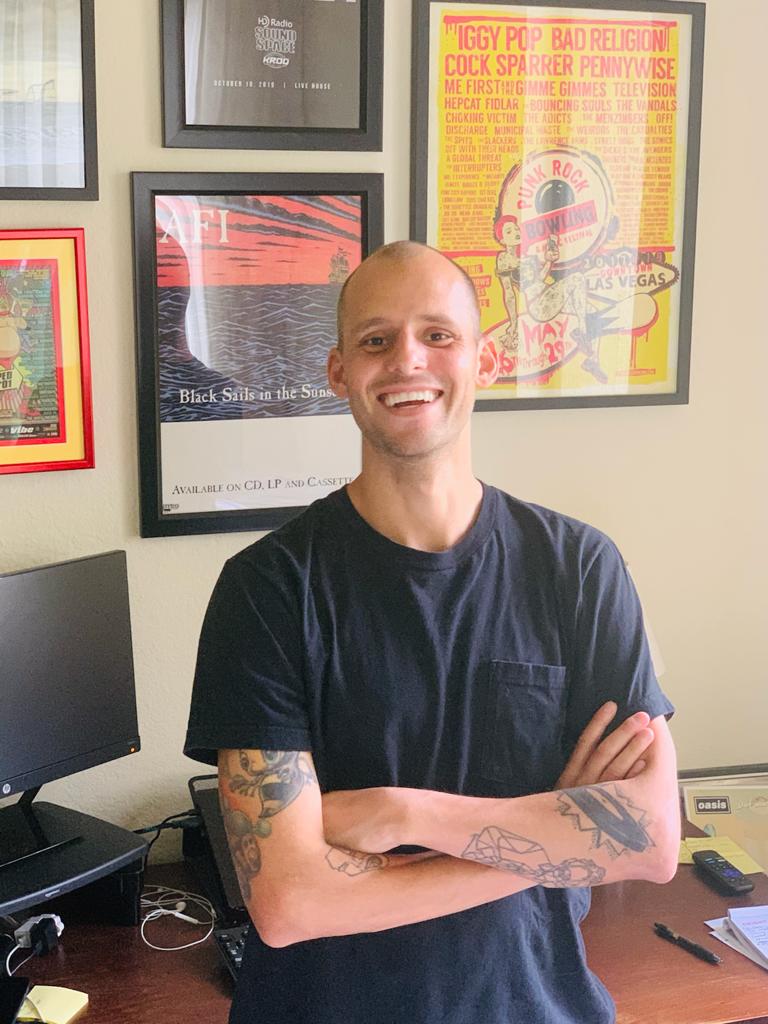 Corey Jones is a co-founder of TREBEL and oversees content as well as artist & label relations. In this role, he leads editorial strategy and works with artists, managers and labels to help them grow across the platform. He is also responsible for all aspects of user engagement and retention.

Prior to TREBEL, Corey worked for Century Park Capital Partners, a Los Angeles-based middle market private equity firm, where he led due diligence and financial analyses to support growth equity and buyout transactions. Previously, he worked in the Charlotte, North Carolina office of Edgeview Partners, a middle market investment bank that was acquired by Piper Jaffray.

Corey is a marathon runner and music enthusiast who has performed as a bass and guitar player in several bands. He is also a music contributor at TheInertia.com.  Corey holds an MBA from Stanford University’s Graduate School of Business and a BA in Economics from Duke University. 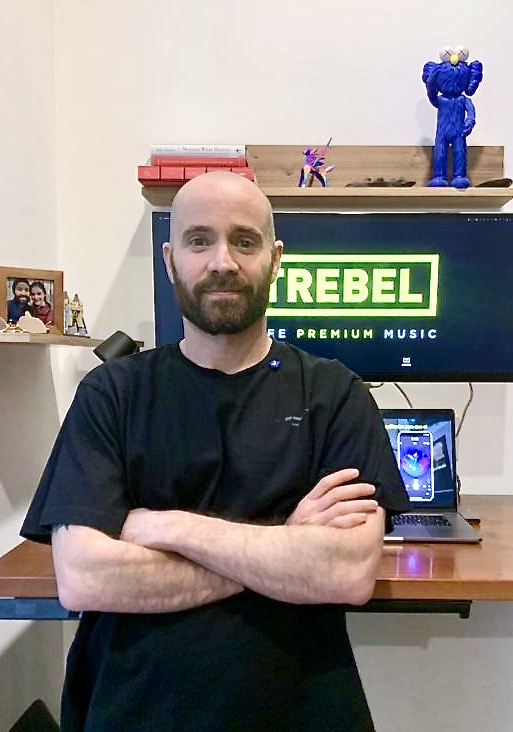 Luis Soto is a co-founder of TREBEL and leads Latin American operations and expansion. He has over 20 years of experience in the digital media industry where he has led critical transitions and growth for Mexico’s most important media companies.

Prior to TREBEL, Luis was the Vice President of Digital for Televisa, the largest Spanish-language content producer and distributor in the world. At Televisa, he was responsible for the successful re-launch of the OTT platform, Blim TV, as well as increasing the monetizable audiences on the websites and mobile apps across Televisa’s three verticals: News, Entertainment, and Sports. During his tenure, Luis grew Televisa’s O&O audiences by over 130% and scaled the online cross-platform video operation to reach 50% of Mexico’s internet population. Prior to Televisa, Luis led all aspects of online strategy and digital content for Grupo Reforma, one of Mexico’s most influential media companies.

Luis is an avid kiteboarder and snowboarder. He holds an MBA from Stanford University and a MS from Columbia University’s School of International and Public Affairs. 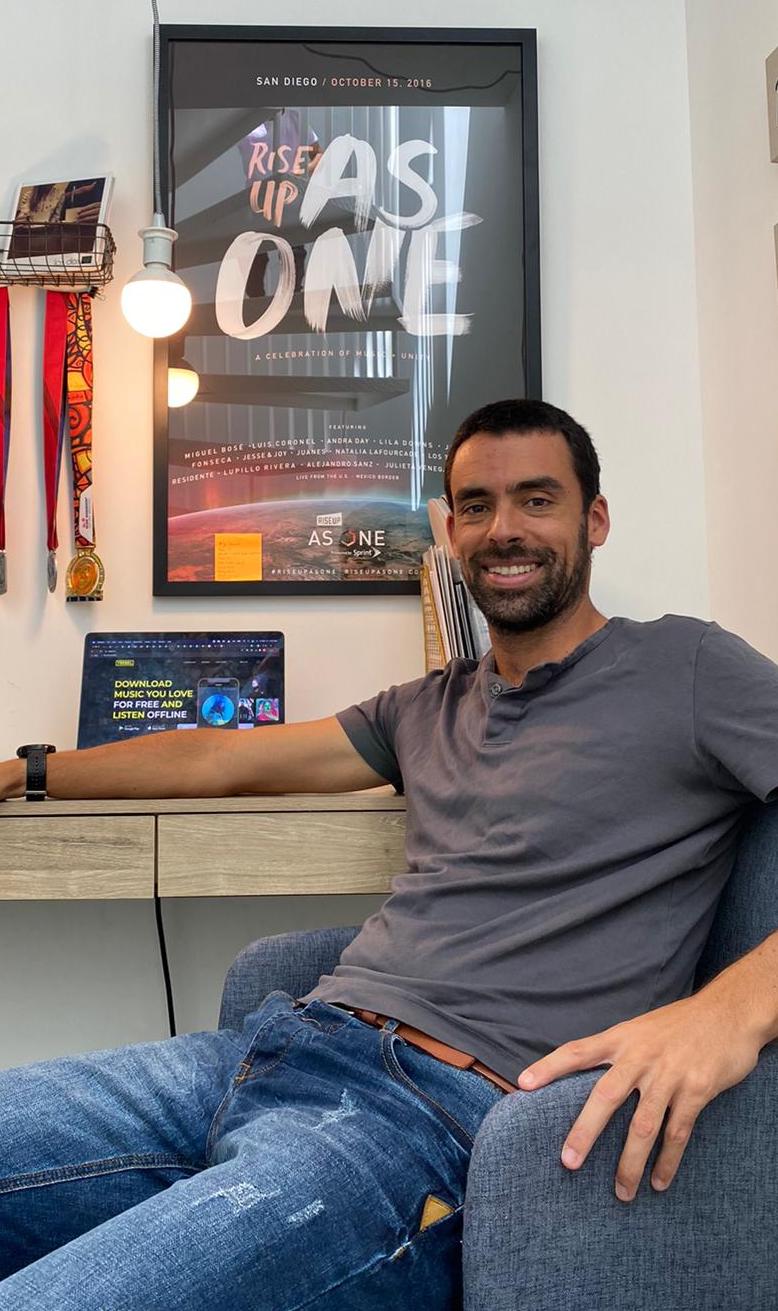 Kevin Mills is the Head of Business Development for TREBEL and is responsible for executing and managing partnerships in the Americas for the company with a focus on Mexico. He is actively involved in building TREBEL’s partnership with Televisa and executing campaigns for brands and agencies across the region.

Prior to joining TREBEL, Kevin was the Managing Director of Strategy and Operations at Televisa where he was responsible for restructuring within the Content Division. He previously served as the Vice President of Digital Strategy, among other positions, at Univision Communications.

Kevin, an avid sports fan, enjoys golfing with his 3-year old son. He holds a Bachelor’s degree in Communications and Journalism from Universidad de La Sabana in Bogota, Colombia and is a graduate of the Advanced Management Program in Media and Entertainment from IESE Business School in New York and Barcelona. 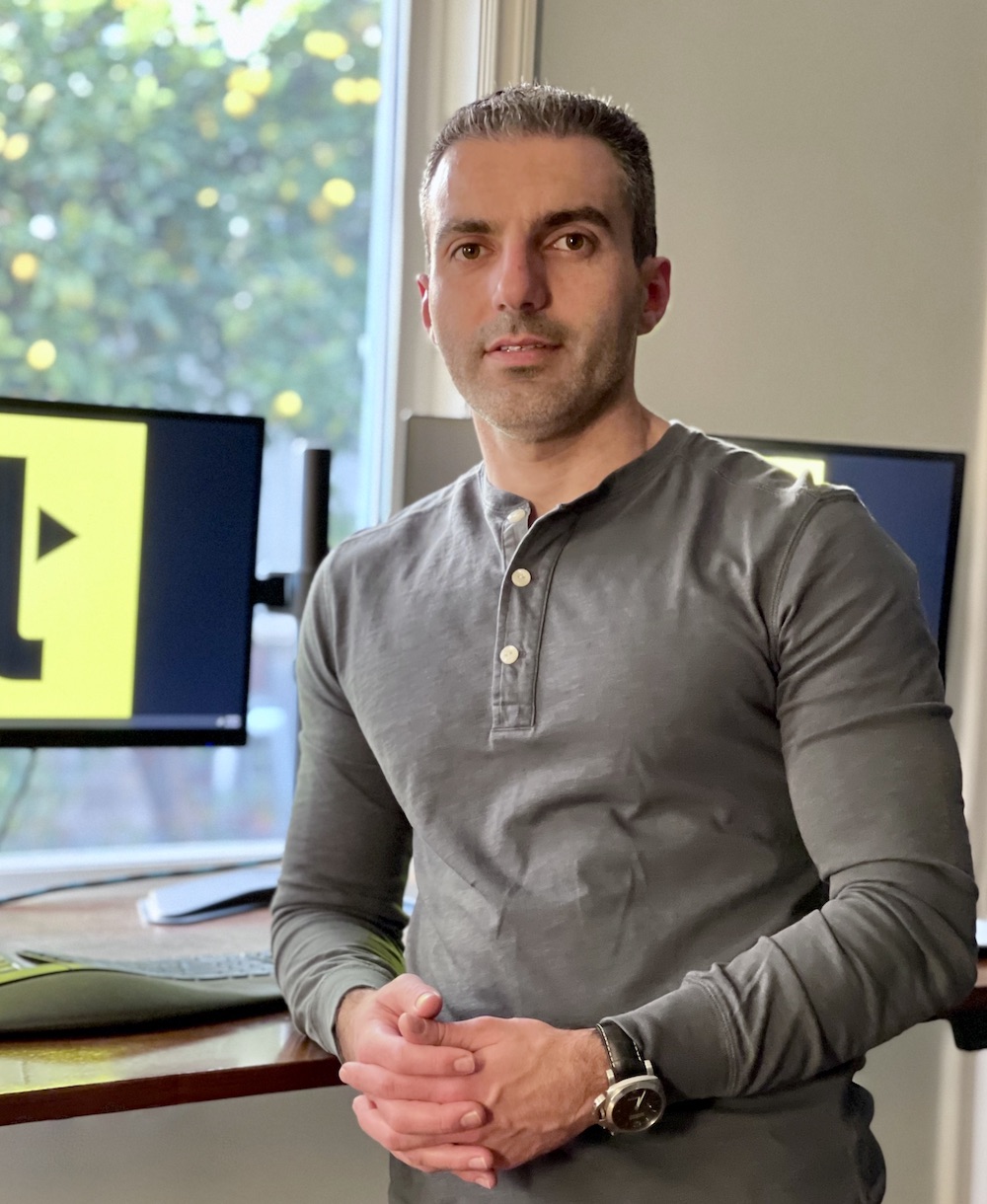 Aram is the Head of Finance at TREBEL. He joined TREBEL in September 2018.

Prior to TREBEL, Aram spent eight years at Oversee.net where he was a VP/General Manager responsible for the Consumer Finance business unit, as well as Corporate Finance & Development. He started his career at Wachovia/Wells Fargo Bank as a financial analyst.

Aram holds a BA in Economics from UCLA and is a CFA Charterholder. 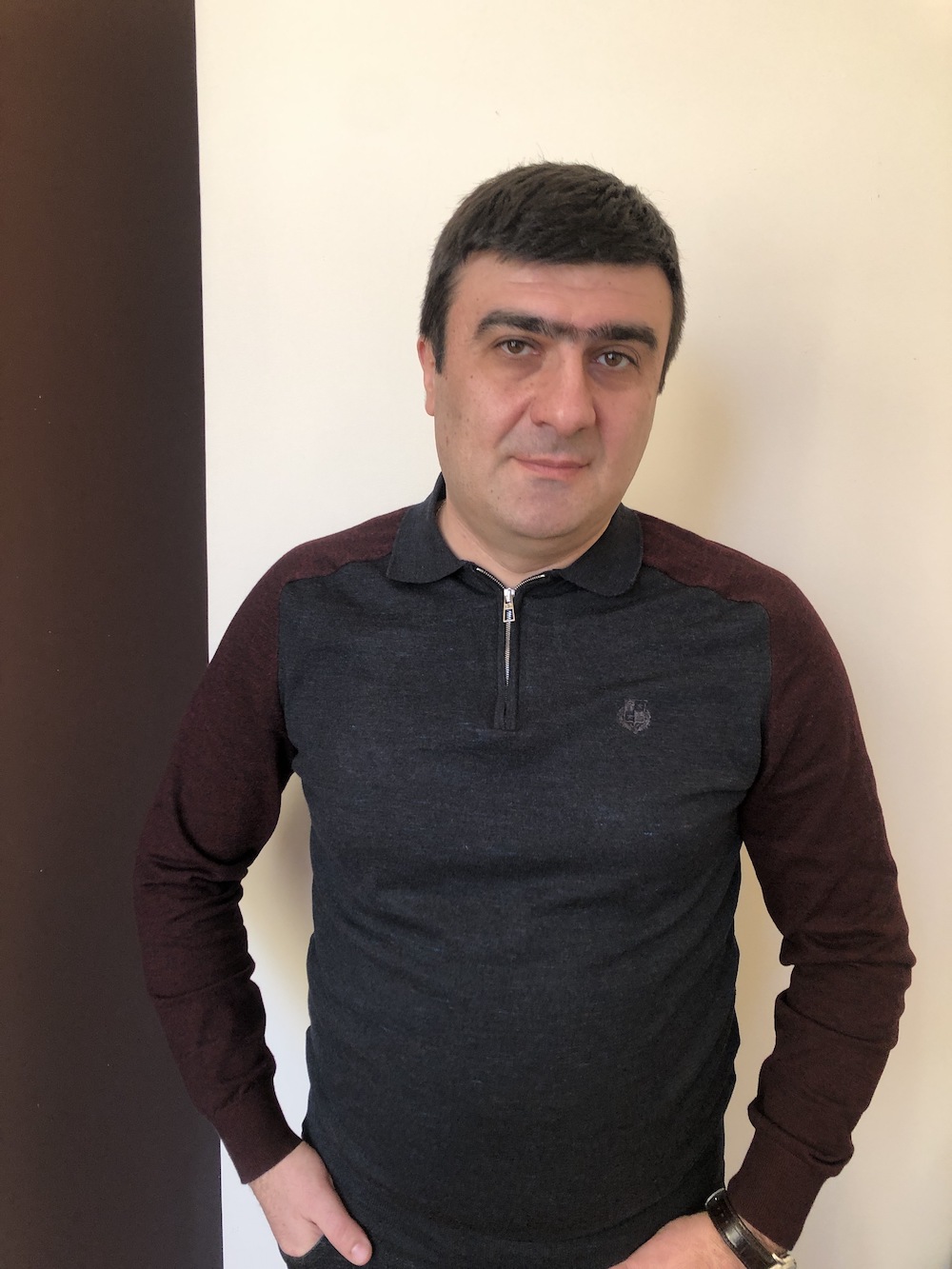 Tigran is the Head of Technology at TREBEL, responsible for managing the technological roadmap and the engineering team to enhance frontend products and backend services.

Prior to TREBEL, Tigran co-founded a game development company, was an R&D engineer at Synopsys, and worked in machine automation designing the CNC architecture for milling and lathing machines using National Instruments hardware.

Tigran was born and raised in Yerevan, Armenia. He holds MS and BS degrees in Physics and Computer Science. 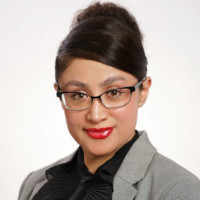 Velia Murillo joined TREBEL Music in 2022 as its first hire in our people operations. As TREBEL’s Head of People/Human Resources, Velia is responsible for building a global department from the ground up to consistently meet the needs of our growing organization and its people at an international level.

Her prior experience includes leadership roles serving as Vice President of Compliance (Marketing) and Human Resources, and as Director of Customer and Product Experience. In each role respectively, she was responsible for creating a department from scratch, shaping HR, and supporting international teams for two leading companies in the online lead generation space where she spent 15 years of her career. Velia comes to TREBEL with a wealth of knowledge in Regulatory Compliance (Marketing), Customer Service, Training and Development, Recruitment, Talent Acquisition, and Employee Relations.

Velia believes people are the driving force to reach and exceed business goals. She is committed to leading from the heart, supporting the needs of our global business, while cultivating a culture our TREBEL employees thrive in and are proud to be a part of. 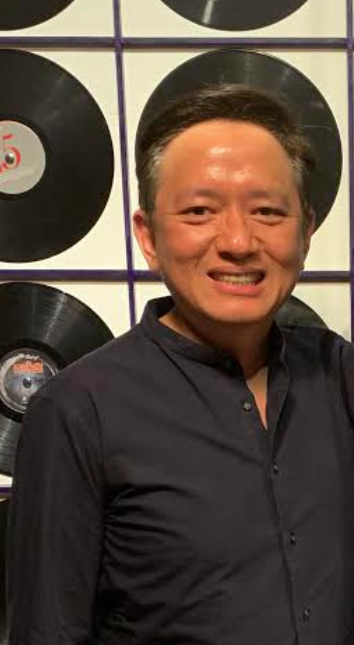 Toto joined TREBEL in 2022 as Country Head of Indonesia, and its first hire in Indonesia. He was tasked with and has successfully accomplished the official launch of our TREBEL Music app for Indonesia. Toto’s responsibilities include establishing the operations and growing a team for our Indonesian company.

He is a music veteran with experience spanning three decades. During this time, Toto successfully ran Finance, Operations, and led as Country Head for Sony Music and Warner Music Indonesia. In his tenure at Sony Music, Toto’s extensive background helped grow the company's profitability and market share all while maintaining Sony Music's position as the #1 Music Company in Indonesia. Toto’s passion for gadgets and digital technology enabled him to achieve a successful launch of Sony Music’s app with limited resources.

Toto earned a bachelor's degree in accountancy and attended an executive development program at NUS Stanford in Singapore. 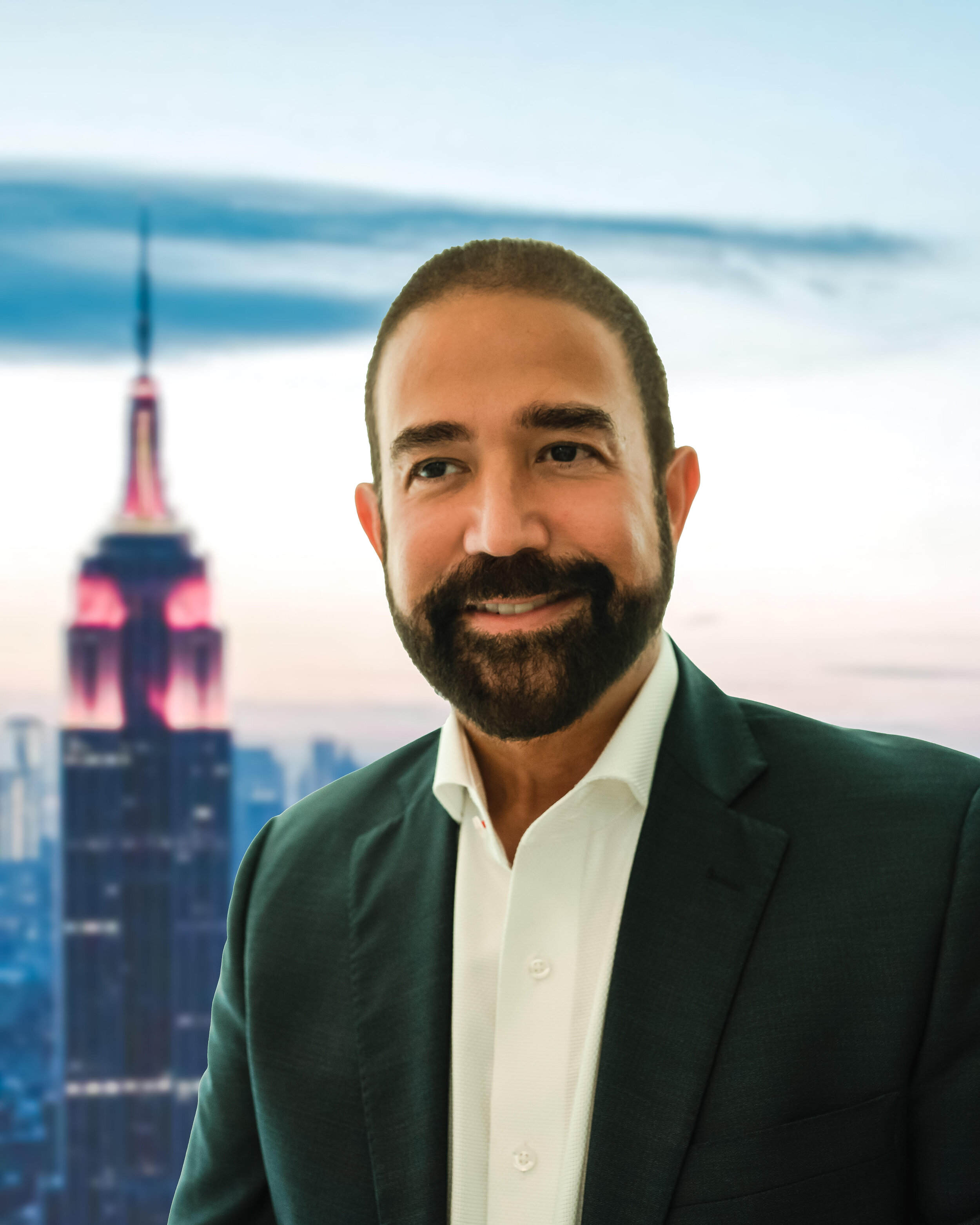 Hector Almaguer is TREBEL’s General Counsel. In this role, Hector manages all critical legal aspects for the company. He has an in depth understanding of intellectual property from a global perspective. In addition, Hector speaks English, Spanish, and Portuguese, which facilitates his handling of legal matters across our international company.

Hector is an entertainment industry executive with over 30 years’ experience as an attorney, entrepreneur, musician, writer, record producer, content creator, whose work has won a Clio Award and has been Grammy nominated. His past experience includes top legal roles in music, TV, and film including Universal Music Group, HBO, Viacom, Rocnation, and Discovery.

He has a bachelor’s degree in Studio Music & Jazz Music as well as a Juris Doctorate degree both from the University of Miami. 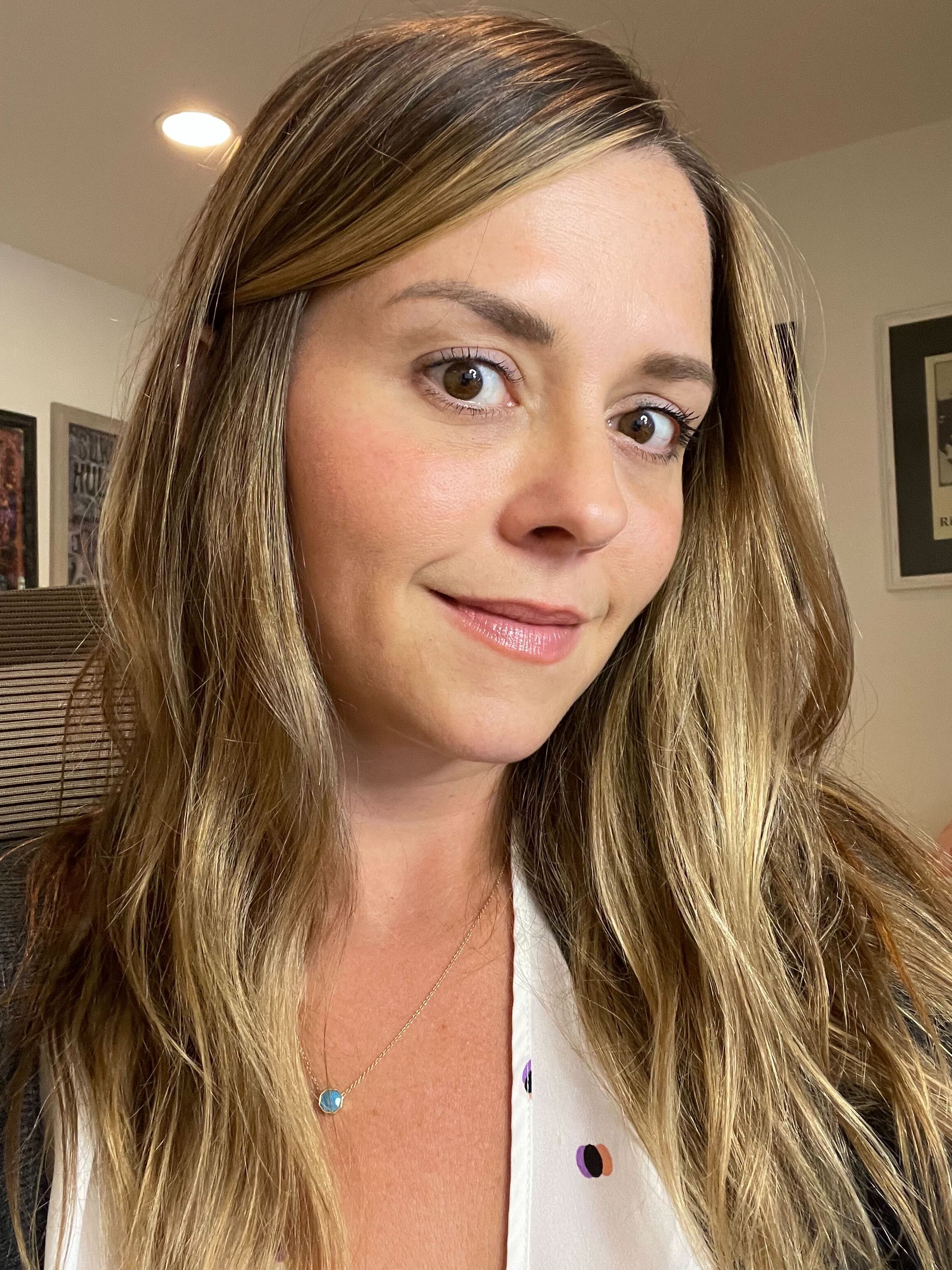 Leah is the Head of Growth Marketing at TREBEL. She is responsible for the performance marketing strategy from acquisition to retention, managing the paid media and lifecycle marketing functions. Leah has 15 years of experience in the tech/media industry, having worked in every aspect of marketing from brand strategy to consumer insights to analytics, with a more prominent focus on brand/performance media and engagement marketing. Having worked for established entertainment companies and emerging brands alike, she has spent the past decade specifically working in the music and entertainment industry. Most recently, Leah was CMO of nugs.net, a live music on-demand streaming service where she grew subscriptions 40% YoY while directly managing the content and marketing team(s) and leading the company through a digital re-brand. Prior to that, she was responsible for brand and performance media at StubHub, Pandora Music, and was a part of the team’s successful launch of the HBO Max streaming service in 2020.

Leah is an avid nature enthusiast, traveler, music junkie and yogi. She hails from Chicago but is a 12-year-and-counting CA resident that enjoys spending time with her young son, partner and two dogs. 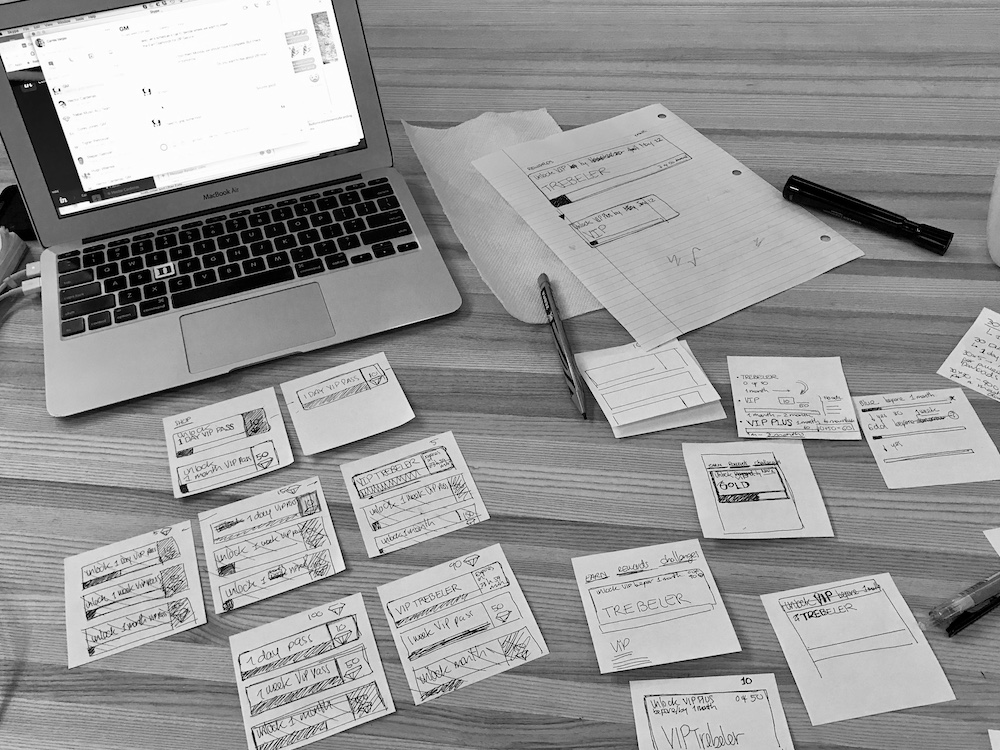 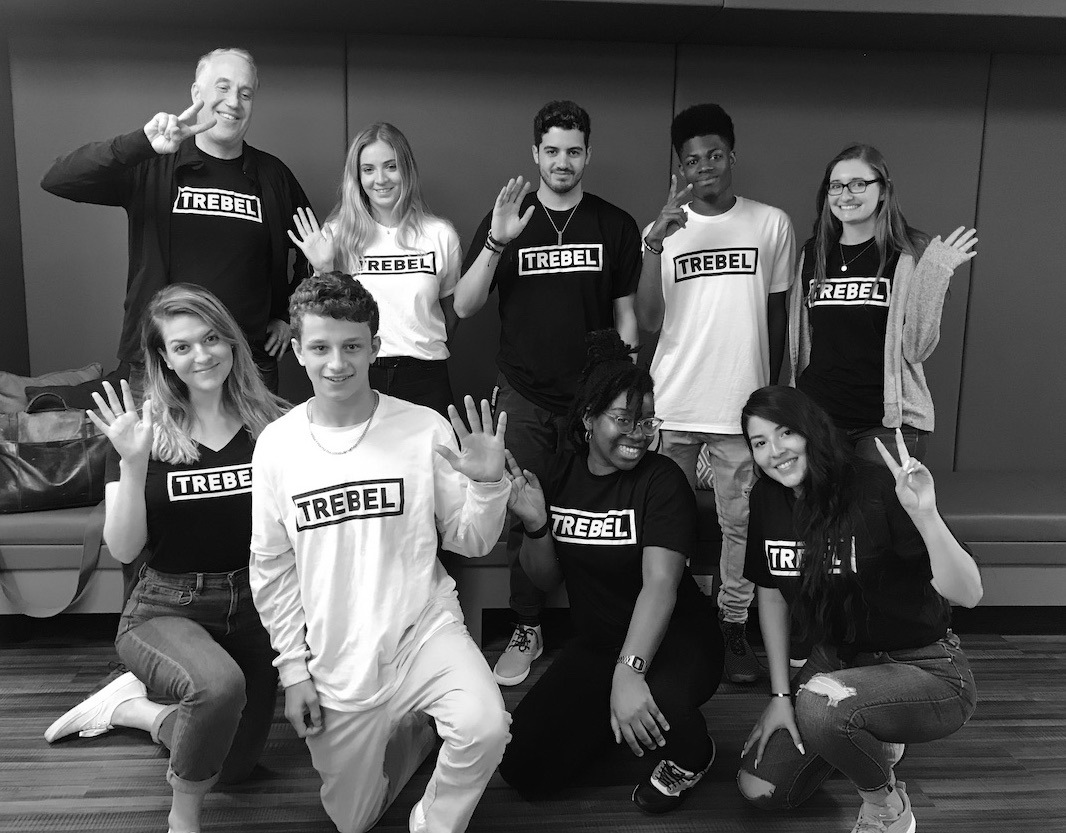 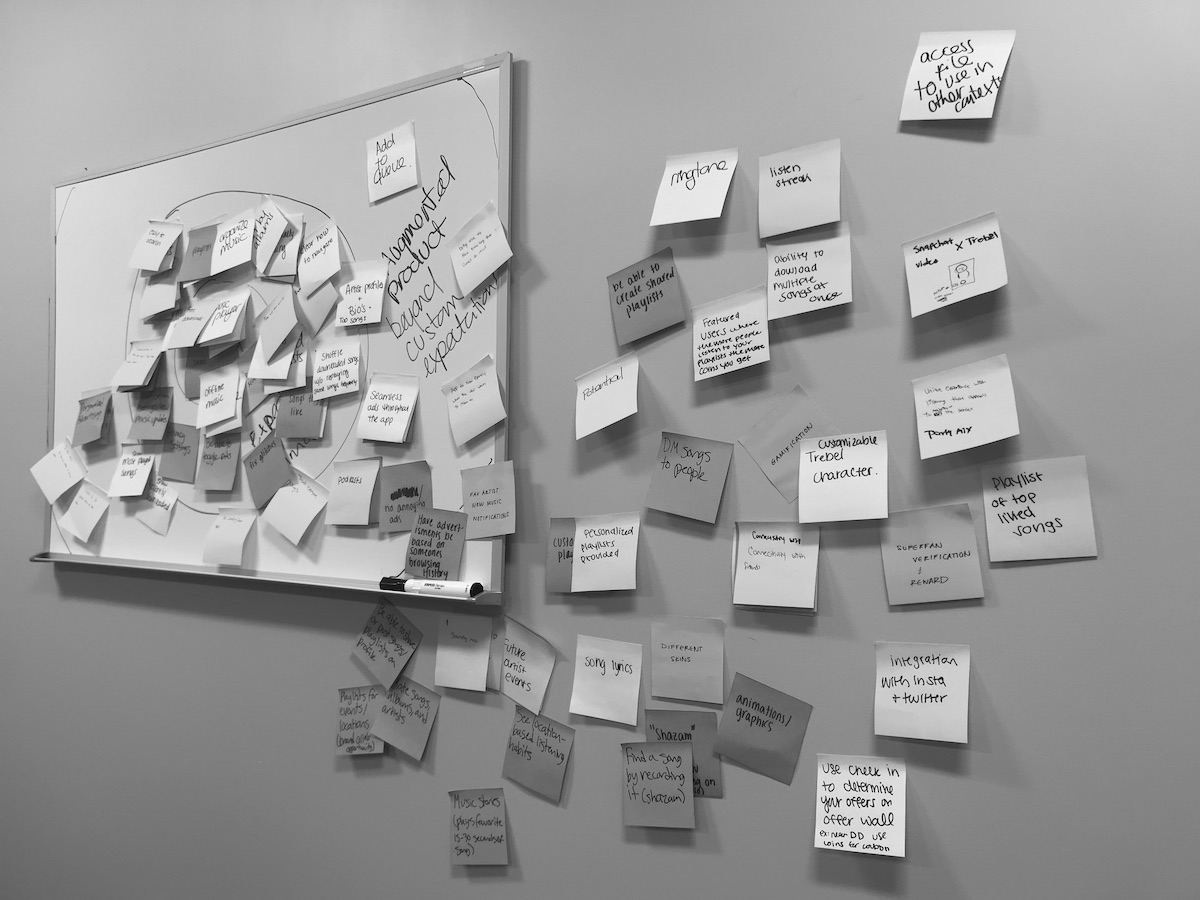 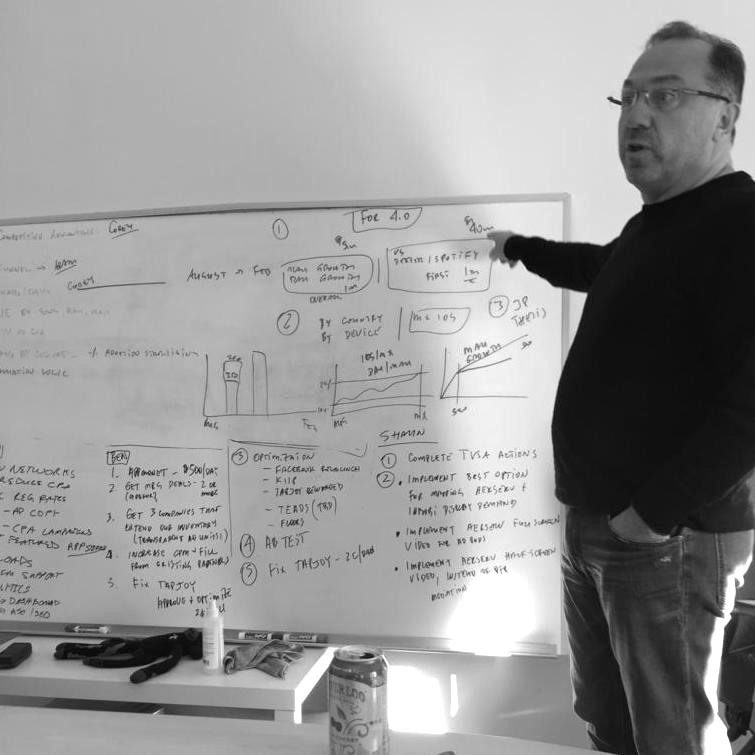 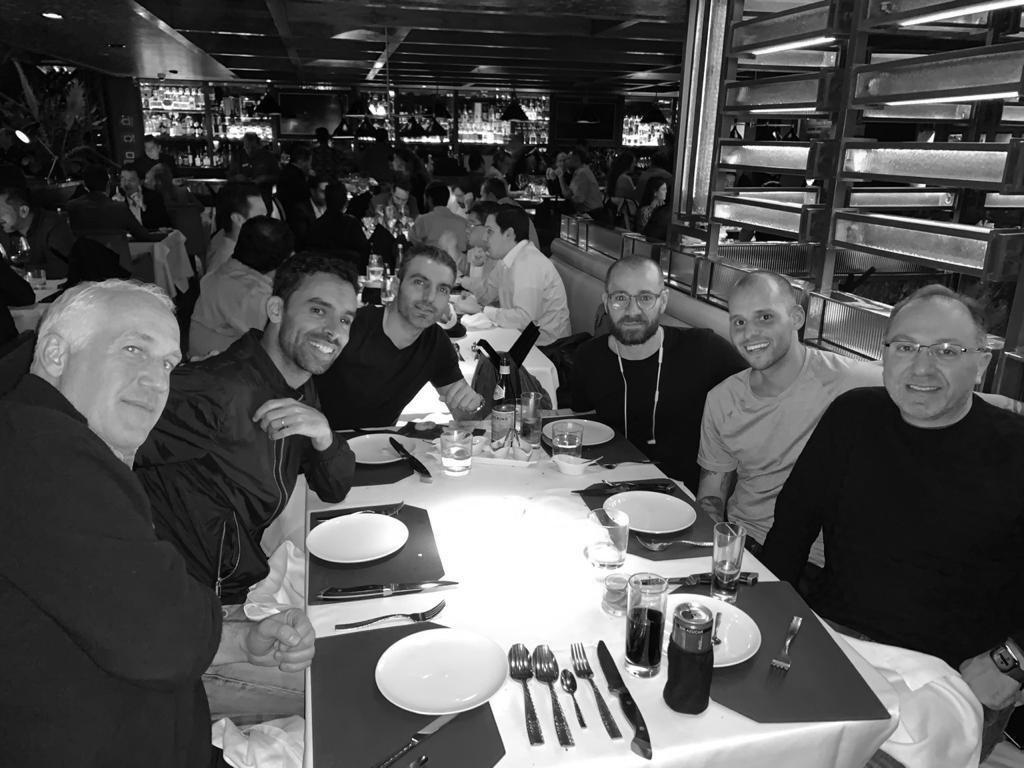 Download it and start listening to your music your way.