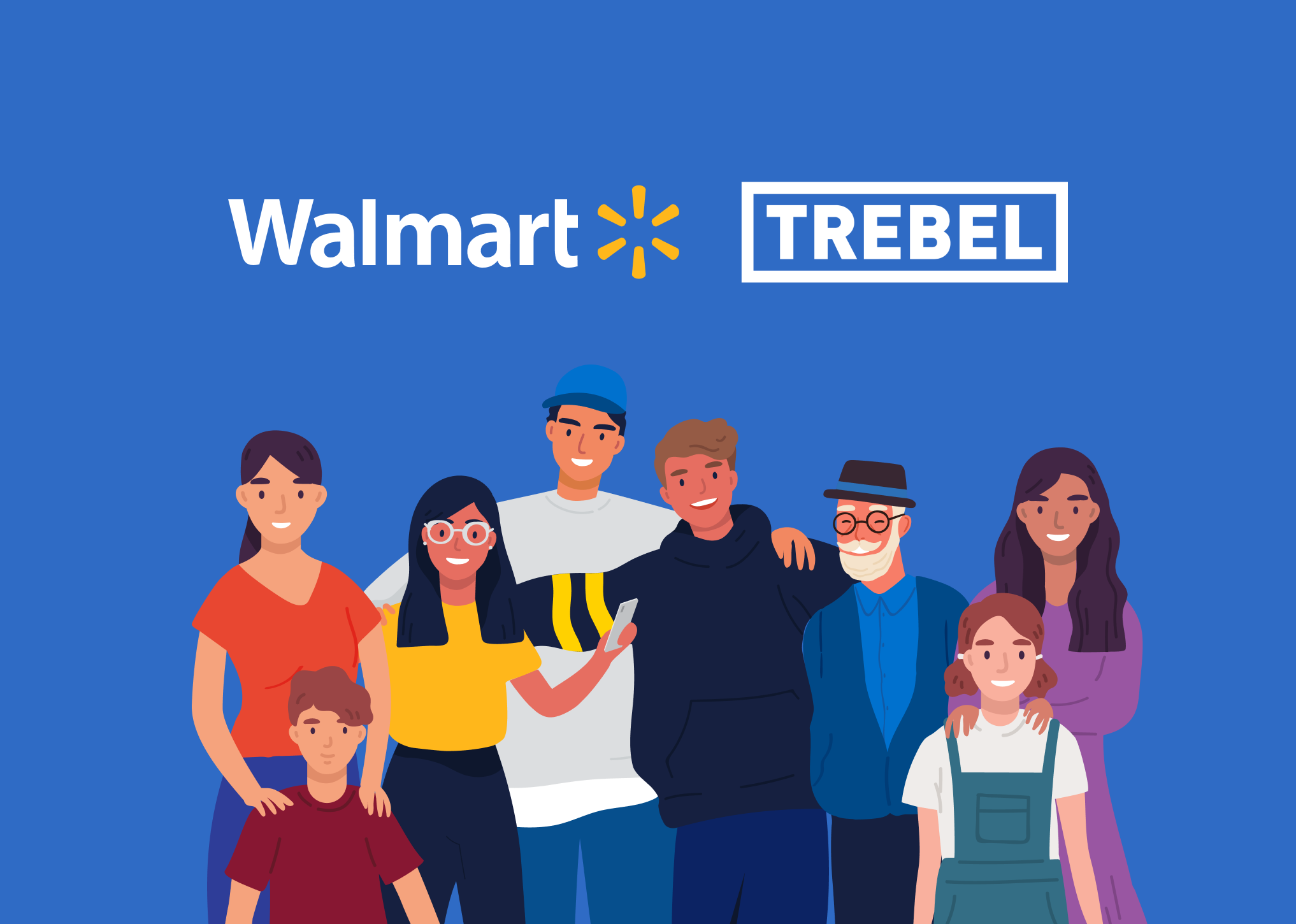 Press Release –Stamford, CT – September 12, 2021 – TREBEL Music, the maker of the onlylicensed music app with on-demand and offline play sponsored by brandadvertisers, today announced that it had signed an agreement with Walmex tomake a brand supported version of the app available to Walmex shoppers whosign-up for the Walmex benefits program called SUMA Beneficios.

TREBEL provides a licensed alternative for fans who resortto unlicensed outlets that pay nothing for content. Despite the recentproliferation of licensed ad-supported and subscription-based music streamingservices, the IFPI recently reported that 27% of consumers (and 53% between theages of 16 and 24 worldwide) accessed music from unlicensed services in 2017.TREBEL Music, with its unique user experience, is targeting these music fansnumbering in the hundreds of millions per month who want to play music offline withouta subscription.

TREBEL Music’s innovation is made possible by the confluenceof mobile technologies that allow delivery of targeted mobile video and audioadvertising while digital music files are being downloaded in the background,migration of brand advertising from desktop to mobile devices, and mobilegamification. The app delivers music from the biggest artists in the worldthrough licensing agreements with the major labels in each country, including UniversalMusic Group, Warner Music Group, and Sony Music Entertainment.

TREBEL also announced that it had set a new record for monthlyactive users, reaching an estimated 4.2 million users in August of 2021.

TREBEL’s success is driven by its laser focus on developinga product that addresses the needs of fans who currently use poor substitutesfor on-demand and ad-sponsored experiences, and delivering the best music inthe world, including almost all of the artists with albums ranked on thecurrent Billboard 200 chart.

Headquartered in Stamford, CT, with offices in Los Angelesand Miami, and backed by funding from Connecticut Innovations and UnivisionCommunications, Inc., TREBEL Music is the only ad-sponsored and licensedon-demand music app with offline play for Android and iOS smartphones.Supported by premium advertisers and in partnership with the major recordlabels, TREBEL enables listeners to choose from a library containing millionsof the best songs in the world for offline listening. For its brandadvertisers, TREBEL provides industry-leading premium video advertising withcompletion rates above 70% and ad visibility of 100%. The overall marketopportunity for offline mobile music is estimated at 4.3 billion smartphoneusers worldwide by 2023, most of whom are resorting to free substitutes like unlicensedand user generated content sites. Since launching the production version of theservice at the end of 2018, the TREBEL app has been downloaded more than 10million times and is adding hundreds of thousands of new users each month. Theapp is currently available in the U.S. and Mexico with plans to expand to othercountries soon.

Please email as at info@trebel.io